A Day in the Life: ’16 Math and Applied Physics grad Brittany Craig speaks on her exciting research 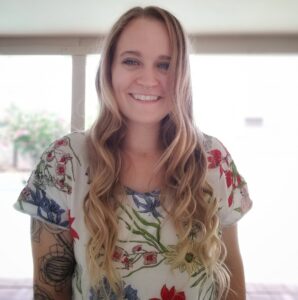 Throughout her life, Brittany Craig’s teachers encouraged her to go to school for math, but she thought deeply about joining the nursing program at St. Kate’s as well. She came to college undecided on her major and went out with a Mathematics and Applied Physics dual-degree.

“I’m good with numbers. It’s really bizarre how numbers stick in my mind. I’ll remember dates and other things [involving numbers]… I guess it’s just how my brain works,” she says.

The College Decision and Extracurriculars

When looking at colleges, Brittany Craig said she didn’t look at too many. She wanted to stay local, and being from Lino Lakes, Minnesota, she only looked in the twin cities area. When she visited St. Kate’s for the first time, she fell in love with the feel of the private university.

“I went on a visit to St. Kate’s and I just loved the atmosphere. It kind of drew me in at the time,” Brittany says.

Brittany was a commuter student during her undergraduate years at St. Kate’s, so she decided to join campus activities in order to be more involved. She 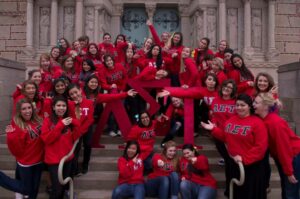 joined the Lambda Sigma Tau sorority and made lots of good friends meeting people from different programs and majors.

“Reaching out and meeting new people was the best thing I could have done to set myself up for success,” Brittany says. “That’s what I liked so much about being a part of the sorority. It gave me the opportunity to meet so many different people from different majors and build those friendships.”

Additionally, Brittany worked on the high altitude ballooning research team St. Kate’s for her junior and senior years. The research team used Arduino microcontrollers to program various sensors that were attached as payloads to a weather balloon. One example is temperature sensors to measure the effect of the weather balloon on the temperature of the air directly below it. The weather balloon would grow as it increased in altitude and eventually, would become so large that it popped, at which point the payload fell back to earth on a parachute and the team tracked the payload to retrieve it from the landing location.

Along with her friend Marilyn McNamara, she started the WIMSE club, where they were co-presidents. She also tutored people in the O’Neill Center and mathematics department. 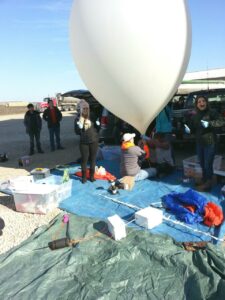 Because Brittany came into college undecided, she took a few different types of classes to figure out what she wanted to major in.

In her Sophomore year, she took computer science classes, which she really enjoyed. To further pursue this, she did a 10-week summer REU (research education for undergraduates) program at the University of Florida, which involved programming in gesture tracking.

Brittany said she definitely enjoyed this experience, though she had never taken a physics class up to this point. So, in her junior year, Brittany took physics and fell in love with it.

“As much as I love math and I love the numbers, physics just made the math make sense because you’re applying it to the real world,” she says.

“I’ve always just kind of followed the opportunities that fell into my lap at the time,” Brittany says. “I’ve always gone after things that excite me, and I’ve never really known what my path is, but somehow I have always figured it out.”

Brittany worked as an electrical engineer for General Dynamics Mission Systems after college and entered a program called the Engineering Leadership Program, where she worked on several different job rotations while she trained as an engineer. Additionally, this program paid for Brittany’s continued education getting her Master’s Degree in Electrical Engineering, which she finished in May 2020 at the University of Minnesota.

Brittany encourages others who want to go into research to go straight to grad school, but if they do go into industry, find a company that will pay for their education. However, she mentions that it will not be easy– working full-time and going to grad school full time is stressful!

Another tidbit of advice that Brittany stressed was how important networking is. She used her connections to follow the path to her current position working as a research engineer in quantum communications. She met up with the director of this research program and asked him more about his work.

“I didn’t know this person and I just reached out and asked more about what he was working on because I thought it sounded really cool,” Brittany says.

In her daily life, Brittany works in a lab doing quantum communications research, and works on optical experiments with lasers and optics, like mirrors, lenses, and polarizers. She uses quantum properties to create sensors to detect RF (radio frequency) communications, which involves various kinds of experiments.

This year, she is now a project lead, which means Brittany oversees the schedule and all of the people on her team and coordinates other projects that they are working on.

Another aspect of her work includes reading through research papers and keeping up with what’s going on in the field. She then uses this research to implement new ideas into her experiments and projects.

“It’s so hard to describe what I do in a day because it’s always so different,” Brittany says. “But yeah, the gist of it is that I spend my time in a lab working with lasers and testing radio frequency communications and reading up on other work being done in the quantum field.” 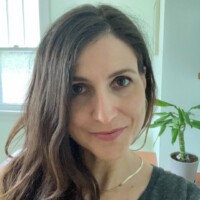 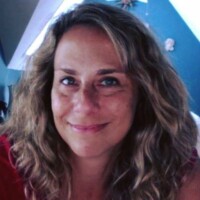 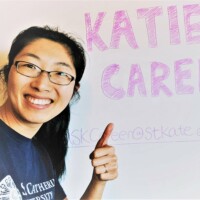